Sir Robert Sainsbury (1906—2000) with his wife, Lisa (1912—2014), was a well-known sponsor and patron of the arts. In 1978 the couple founded the Sainsbury Centre for the Visual Arts at the University of East Anglia, Norwich. They donated the bulk of their art collection to this centre. In the 1950s, the Sainsburys began to collect paintings by Bacon, with whom they developed a close relationship. He painted one portrait of Robert and eight studies of Lisa, but destroyed five of these. 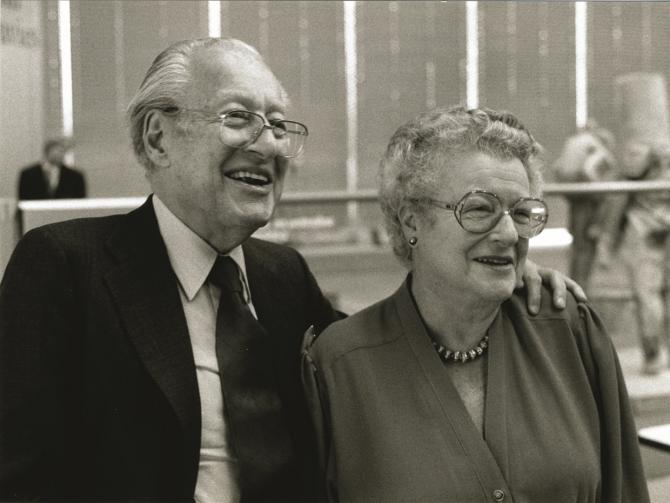