British artist and art historian, Sir Lawrence Gowing, had a distinguished career. He was Keeper of the British Collection and Deputy Director of the Tate Gallery, London from 1965-67, Professor of Fine Art at the University of Leeds from 1967 to 1975 and Slade Professor of Fine Art at University College, London from 1975 until his retirement in 1985. He wrote extensively on a number of artists including Vermeer, Renoir, Cézanne, Constable, Goya, Turner and Lucian Freud. He also contributed to a number of publications and catalogues on Francis Bacon. One of his most important pieces was an essay entitled ‘The Irrefutable Image’ which accompanied an exhibition of paintings by Francis Bacon at the Marlborough-Gerson Gallery in New York, in 1968. 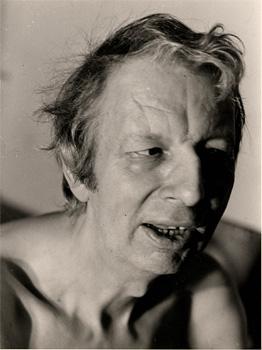