John Minton was one of the artists who regularly attended Wheeler’s restaurant and the Colony room during the 1950s. As well as being a figurative painter he also turned his hand to book illustration, poster designs and theatrical costumes. In 1950, he asked Bacon to fill in for him as tutor at the Royal College of Art for a single term. Bacon accepted on the understanding that he would not have to give formal lessons (he had never taken any himself) and that he would have the use of a studio. Perhaps because of his non-didactic approach, he attracted a significant following among students. In contrast to Bacon’s increasing painterly confidence, Minton became less certain of his artistic gifts. His last years were overshadowed by heavy drinking and depression, and in 1957 he took his own life. 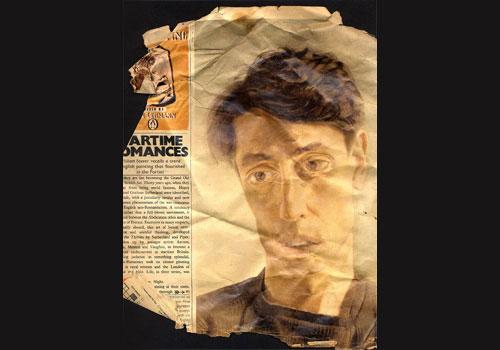