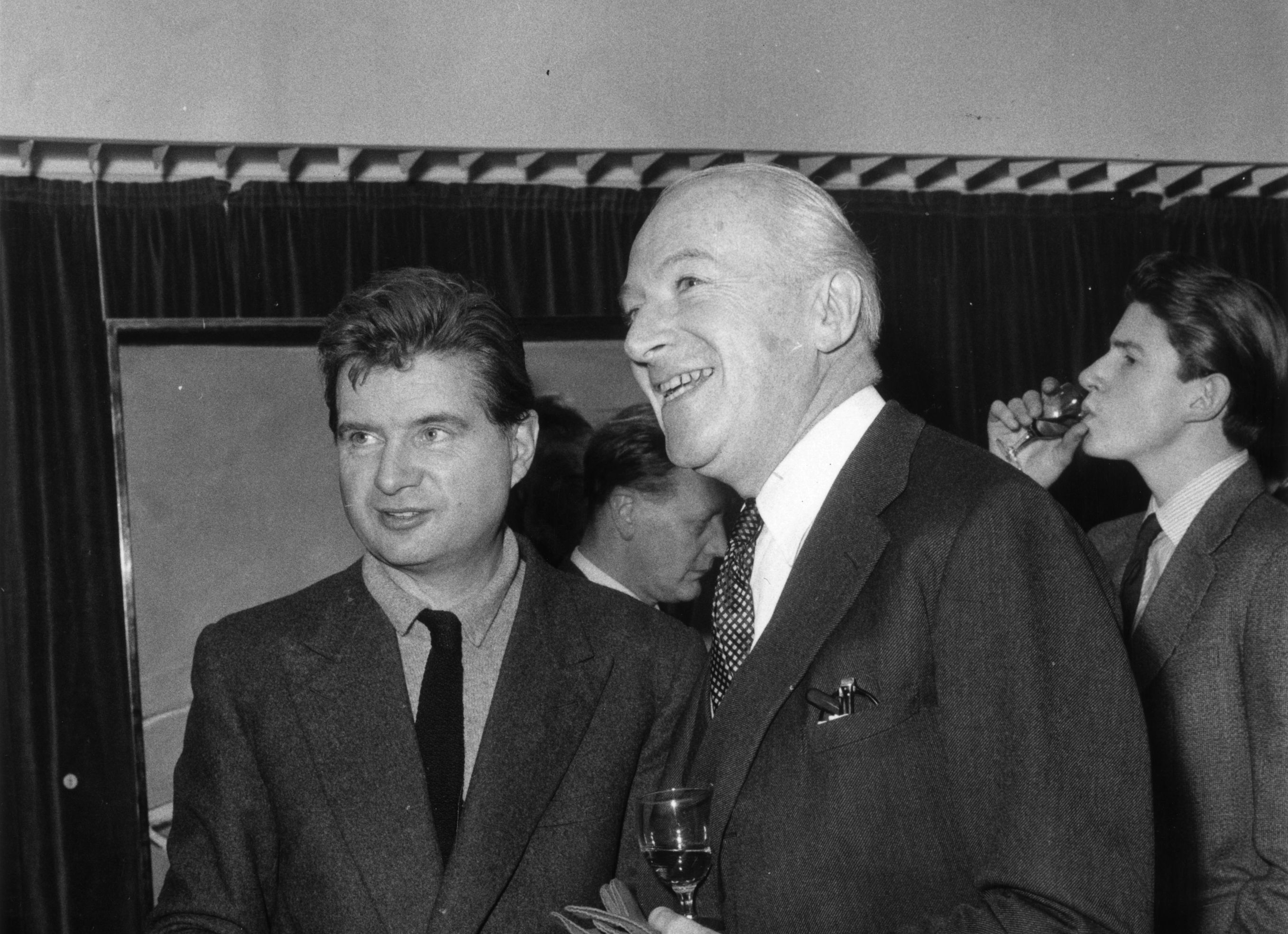 Cecil Beaton (1904–1980) was one of Bacon’s most distinguished photographers. Beaton made his name in the 1920s as a photographer for Vogue and Vanity Fair and he soon became famous for his society portraits including those of royalty. He was also a designer and produced scenery and costumes for many ballets, operas, films and theatrical productions. In 1959 and 1960, Beaton took a number of photographs of Bacon in his Battersea studio. 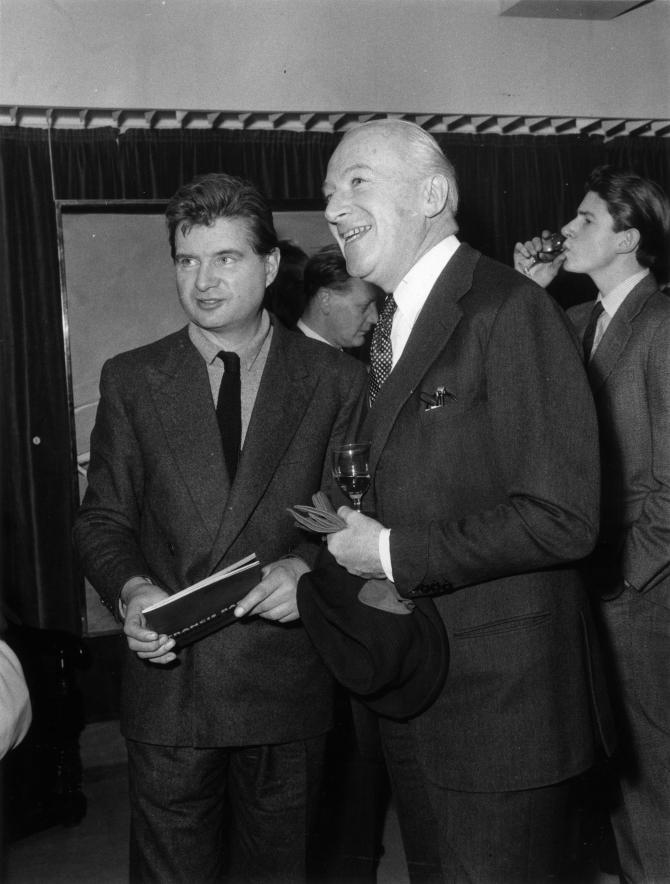 Francis Bacon and Cecil Beaton at the Marlborough Gallery, 1960. Photography by the Evening Standard © Getty Images, 2017