Bacon first met the American artist, photographer, diarist and writer, Peter Beard (born 1938) in the mid 1960s. Accounts differ as to exactly where this was. It was either at the Clermont Club in London in 1965 at the launch of Beard’s book on wildlife in Africa, The End of the Game or at one of Bacon’s Marlborough shows in the mids-60s. By any account, the connection was instant, and the men kept a healthy correspondence until Bacon’s death. Beard and Bacon shared many overlapping interests, including the depiction of wild animals, obsessive collection of stimulating imagery, and literature surrounding the existential complexity of white involvement in Africa. Beard’s photographs and diaries impressed Bacon, particularly his aerial photographs of dead elephants. Over 200 of Beard’s photographs were found in Bacon’s studio when he died. Bacon painted nine major portraits of Beard and myriad others inspired by his facial structure. Peter Beard died near his home in Montauk, USA in April 2020 and is survived by his wife and daughter, Nejma and Zara Beard. 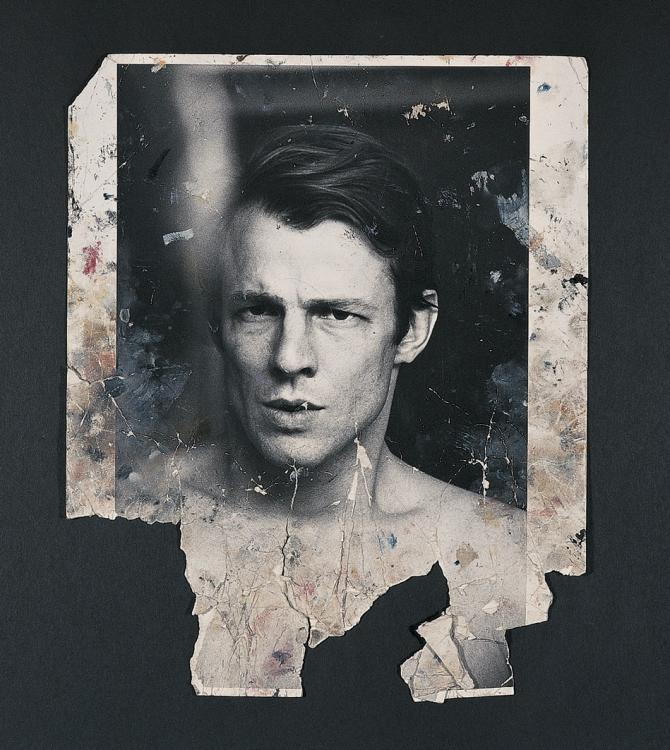