Out of the Cage: The Art of Isabel Rawsthorne | Francis Bacon
Scroll up
Skip to main content

Out of the Cage: The Art of Isabel Rawsthorne

Isabel Rawsthorne (1912-1992) was hidden in plain sight. From celebrated portraits of her in Berlin to sketches in the Tate, likenesses in museums around the world have kept her secrets. This book combs the depths of her fascinating life and the extraordinary art she herself made from it. 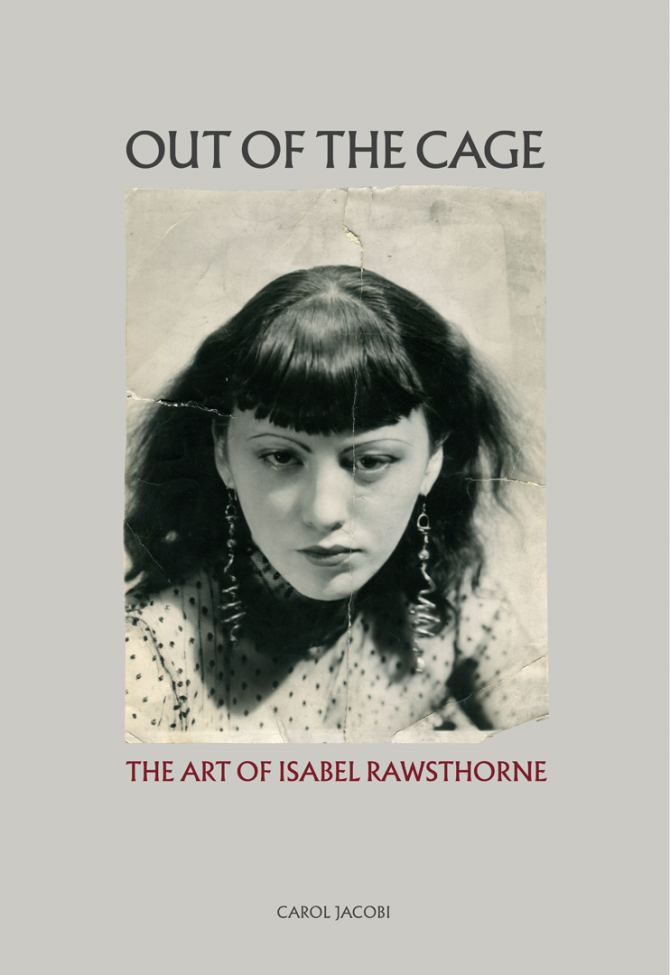 Out of the Cage: The Art of Isabel Rawsthorne

A contemporary of the Parisian and London avant-gardes, Rawsthorne’s own painting career was somewhat eclipsed by the many occasions on which her friends made her the subject of their art, notably Jacob Epstein, André Derain, Alberto Giacometti, Pablo Picasso and Francis Bacon. Exhibited from the early 1930s, her startling work first garnered serious attention in the 1940s and she was well-known in the 1950s and 1960s; but after she died, popular biographies of Giacometti and Bacon cemented her status not as an artist, but as an artist’s muse.

Exhibiting between 1933 and 1990, usually as Isabel Lambert, Rawsthorne’s art was a poetry of things: an emptied glass, a cut flower, a felled bird, the animal or human body, caught in ephemeral frameworks. Her experiences in France encouraged her eventual rejection of neo-romantic visions of the natural world in favour of an austere contemplation of existence. Known for her unique graphic skill, she saw the touch, mark and stroke in any media as her means of investigating ‘presence’.

The first in the Studies in Art series from The Estate of Francis Bacon Publishing, overseen by series editor Martin Harrison, this richly-illustrated book takes the lead from Rawsthorne’s compelling biography to reconsider sixty years of her art, now housed in several major public collections. Jacobi re-examines the pre- and post-war art history of which Rawsthorne was a part, tracing the painter’s life and art through the upheavals of the 20th century and her intense and often unconventional relationships with some of its most revered figures. More than a decade of research into Rawsthorne’s work, archives and the memories of her friends brings to light countless revelations including her role in a rebel group at Liverpool School of Art; success and tragedy while working as studio assistant to Jacob Epstein; her creative conversations with some of the period’s most influential artists; and the significance of her impressive but little-known late work.

“Every page is gripping, fascinating, forcefully and excitingly written, and sad.”
Andrew Motion

“Isabel Rawsthorne’s life reads like a ready-made screenplay… – a poverty stricken upbringing, world wars, espionage, affairs, addiction, politics … all set to a series of evocative cinematic backdrops. And that’s before any mention of her career as one of the most hidden but influential artists of the 20th century.”
Interiors and Home

“Jacobi’s bigger project here, seems to be to reimagine what an artist biography… can be.”
The Art Newspaper

“Highlights how talented women have often missed out on the recognition they deserved.”
Observer

Carol Jacobi is Curator of British Art at Tate Britain. She has taught, written and broadcast widely on nineteenth and twentieth-century art and recently curated the major Tate exhibition 'Van Gogh and Britain'. Jacobi has been lecturing and publishing on Isabel Rawsthorne and her circle for more than a decade, with works including the award-winning British Art in the Nuclear Age and ‘Picasso’s Portraits of Isabel Rawsthorne’ in The Burlington Magazine. Following the success of her recent bestseller Van Gogh and Britain (shortlisted for the William MB Berger Prize), Out of the Cage: The Art of Isabel Rawsthorne is her eleventh book.

The Estate of Francis Bacon Publishing,
supported by the Francis Bacon MB Art Foundation Monaco,
in association with Thames & Hudson

Available from bookshops and online: